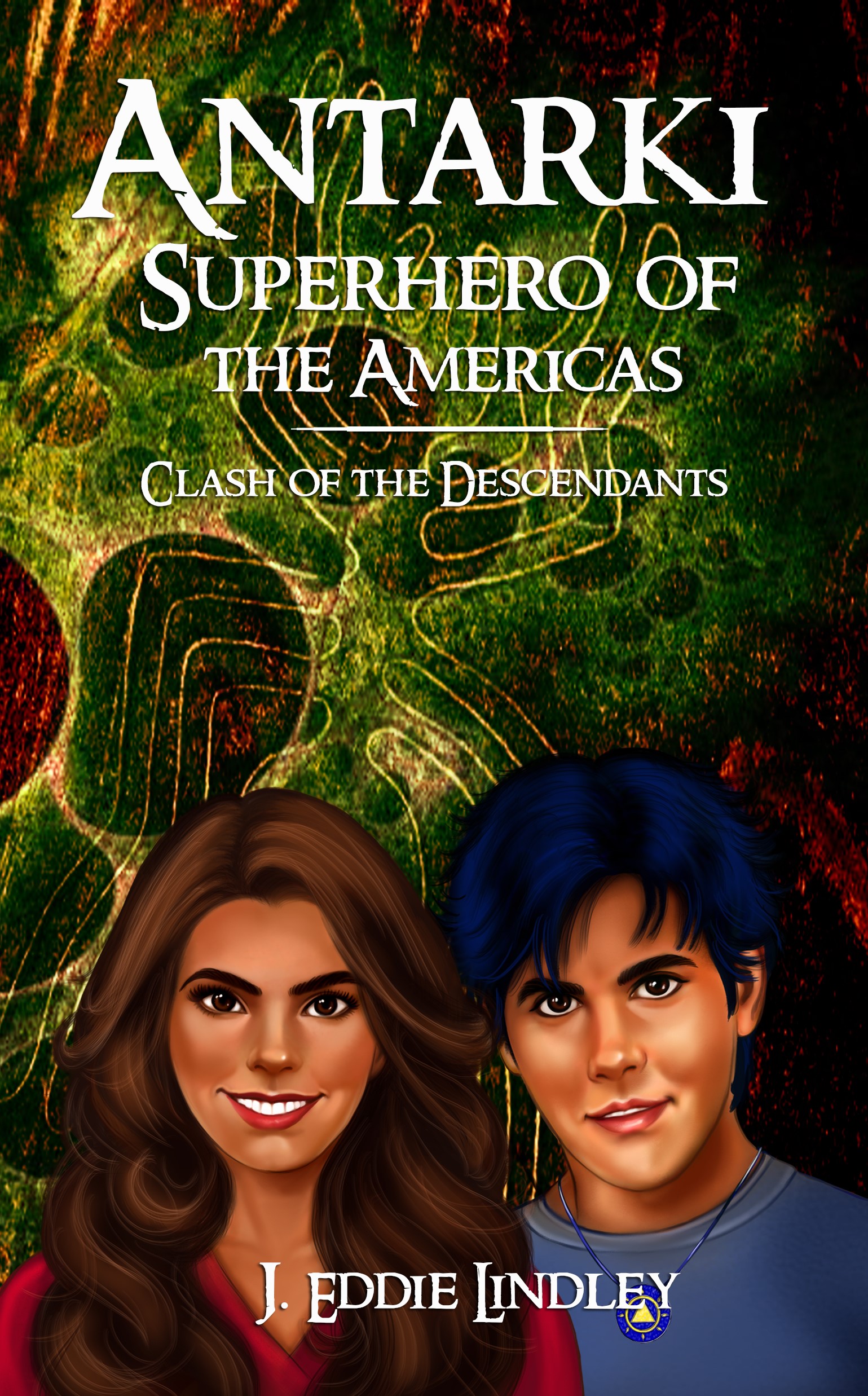 Antarki, Superhero of the Americas – The Clash of the Descendants, is inspired in a little known pre-Columbian flying being named Antarki and on the mysterious and fascinating Nazca lines.

In this novel, we meet Al and JC, twin siblings born in Los Angeles from Mexican American parents who died at the hands of an international organization known as El Grupo. The siblings travel to Nazca, Peru to sell a medallion Al had owned since he was a child to help pay for JC’s college. While in town they met members of an organization known as La Dinastía who tell the siblings a strange yet fascinating story about gods and demi-gods; about war, adventure, intrigue, and murder and the news that Al is the latest incarnation of his ancestor, the demi-god Antarki. The siblings return to the US where Al discovers his powers and the powers of some of La Dinastia’s members who, like him, are direct descendants from other ancient demi-gods. Al and the demi-god descendants must use their newfound powers to vanquish the descendant of their ancestor’s nemesis: Araña, and in the process Al discovers what it takes to become the leader of a team of international superheroes.

What would you say if someone told you that you were a direct descendant of an ancient demi - god?

Go to our "Contact Us" page and let us know!